Olivia Jones is Germany’s most famous drag queen and a flashy TV- and Hamburg Icon.

With her freaky Olivia Jones Family, a team of drags, ex-pimps, barkers ans burlesque stars, she organizes so called sightseeing shows – guided tours trough St. Pauli and along the world famous Reeperbahn. On Saint Paulis well known Große Freiheit, part of the former redlight district, she runs a hit bar, a show club with burlesque, travesty, and comedy acts and – as a kind of emancipation – Germany‘s first men‘s strip club for ladies only.

The history of (so Olivia) „Germany‘s most colorful family business“ begins in 2006 with Olivia‘s legendary St. Pauli walking tours. In the meantime, Olivia operates several bars and clubs on St. Pauli‘s Große Freiheit. Her team consists of about 100 employees, including many artists with similarly odd biographies as Olivia‘s. In many cases they have stories of being different, of conflict, of bullying, but also growth and emancipation.

„Olivia created a safe haven with her clubs and bars, where flamboyant characters find a home – and themselves.
I’ve been looking for a place like this for a long time.“
— Veuve Noire, Drag Queen

In addition, social commitment is very important to her, especially education, respect, tolerance, and diversity: as the first drag queen in the world she ran for a political office in a shrill symbolic campaign, moderated the „Wort zum Sonntag“ (a kind of a short tv preaching that’s nationally broadcasted prime time), was one of just a few hundred Germans to cast a vote in the German presidential election, and her first children‘s book about tolerance and diversity made headlines all over Germany.

„Hamburg is tolerant, open, and a unique biotope for flamboyant personalities like me and my family of artists. We have a unique mix of art, culture, and weirdos, a great harbor, more bridges than Venice, and something like St. Pauli could really only exist here! There is something for every taste: we also show this off to an international audience in neighborhood tours and in my bars. Everyone is welcome.“
— Olivia Jones

Olivia Jones – a flamboyant personality in the Bundestag

It is quite unusual that a drag queen can moderate the „Wort zum Sonntag“ (a nationally broadcasted church TV report, some kind of „mini preachment“) or cast a vote during the German presidential election in the Reichstag. Unusual, but maybe not all that surprising as it looks at first glance: Olivia Jones has always tried to use her celebrity status and success against hate and marginalization and for diversity, respect and tolerance. A few examples:

2004: As first the drag queen in the world Olivia runs for a political office – as a sign for tolerance and diversity and with media coverage all over the world.

2007: Olivia reports from a convention of Germany‘s far right NPD party for a famous TV show (the Clip is still a YouTube hit)

2017: Olivia is one of a few chosen Germans to cast a vote for Germany‘s Federal President in the »Reichstag«

A Drag Queen as a children’s book writer

In 2016, Olivia published a highly regarded book that teaches children respect and tolerance with lots of humor. The story plays in the village of „Switcheroo“, in which men have women‘s jobs and women have men‘s jobs and in which same-sex parents are the norm – until one day a kindergarten teacher falls in love with a construction worker and turns the whole village upside down. „No fear in Switcheroo“ shows playfully that norms are human constructs and that (in)tolerance is a question of education.

„The book offers age-appropriate access to the topic of exclusion and tolerance.“
— Ministry for Justice & Equality Sachsen-Anhalt about Olivia‘s children‘s book 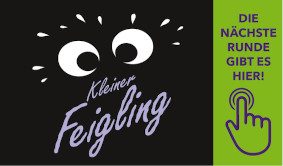